Trauma treatments have largely ignored the interpersonal symptoms of PTSD. But whether caused by early abandonment, childhood abuse, military combat, or other traumatic experiences, the impact of trauma on committed relationships is commonly encountered in everyday practice.

Watch John and Julie Gottman and discover therapy that interweaves individual PTSD treatment with the interpersonal orientation of Gottman Method Couples Therapy. Explore the negative ways that PTSD can enter a couple’s relationship and determine the best intervention for your couples with PTSD.

Intervention for Couples with PTSD 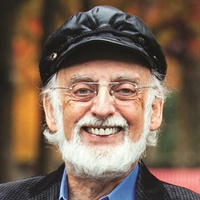 John Gottman, Ph.D., is Professor Emeritus of Psychology at the University of Washington, where he established “The Love Lab” and conducted much of his award-winning research on couple interaction and treatment. Dr. Gottman has studied marriage, couples, and parent relationships for nearly four decades. He has authored or co-authored over 200 published articles and more than 40 books, including: The Seven Principles for Making Marriage Work, The Relationship Cure, Raising an Emotionally Intelligent Child: The Heart of Parenting, and The Man’s Guide to Women.

Dr. Gottman, together with his wife Dr. Julie Schwartz Gottman, is the co-founder of The Gottman Institute, which provides clinical training, workshops, services, and educational materials for mental health professionals, couples, and families. He is also the co-founder and Executive Director of the Relationship Research Institute which has created treatments for couples transitioning to parenthood and couples suffering from minor domestic violence. 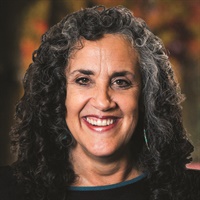 Julie Schwartz Gottman, Ph.D., is the co-founder and President of The Gottman Institute, and Clinical Supervisor for the Couples Together Against Violence study. A highly respected clinical psychologist, she is sought internationally by media and organizations as an expert advisor on marriage, sexual harassment and rape, domestic violence, gay and lesbian adoption, same-sex marriage, and parenting issues. Creator of the immensely popular The Art and Science of Love weekend workshops for couples, she also designed and leads the national certification program in Gottman Method Couples Therapy for clinicians. Her other achievements include: Washington State Psychologist of the Year; Author/co-author of five books, including, Ten Lessons to Transform Your Marriage, And Baby Makes Three, The Marriage Clinical Casebook, 10 Principles for Doing Effective Couples Therapy, and The Man’s Guide to Women; Wide recognition for her clinical psychotherapy treatment, with specialization in distressed couples, abuse and trauma survivors, substance abusers and their partners, and cancer patients and their families.

Inspiring, empowering, respectful, and kind, Julie’s leadership of The Gottman Institute has made it possible to identify and integrate the expertise of her staff, therapists, and the wider research and therapeutic community. Her commitment to excellence and integrity assures that as The Gottman Institute grows, it continues to maintain the highest ethical and scientific standards.

She is in private practice in the Seattle area, providing intensive marathon therapy sessions for couples. She specializes in working with distressed couples, abuse and trauma survivors, those with substance abuse problems and their partners, as well as cancer patients and their families.